Again, boredom has struck and so I thought I’d do this. Realistically, I could have finished off the previous post like this that I started, but fuck that. Let’s do this. It’s a bit different at least! 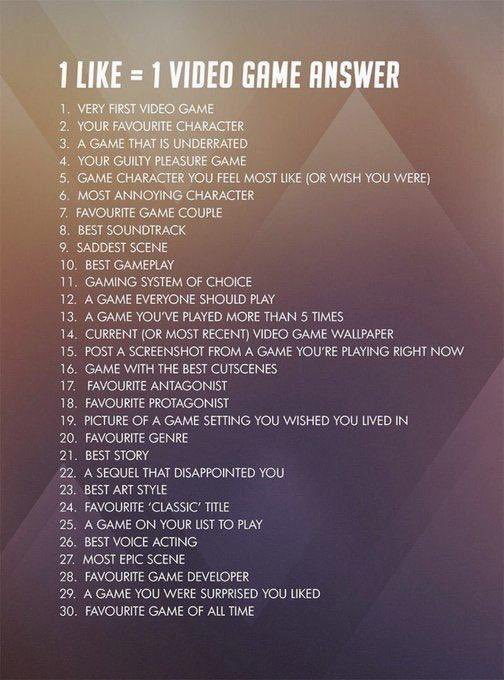 The first gaming thing I think we owned was the Grandstand video game thing that basically was just a Pong machine. It also had football and squash to play. I remember it being a lot of fun. It had a practice mode where you could play by yourself as well. I think up until that point Pong was very much a two player game unless you wanted to play both of the paddles by yourself. 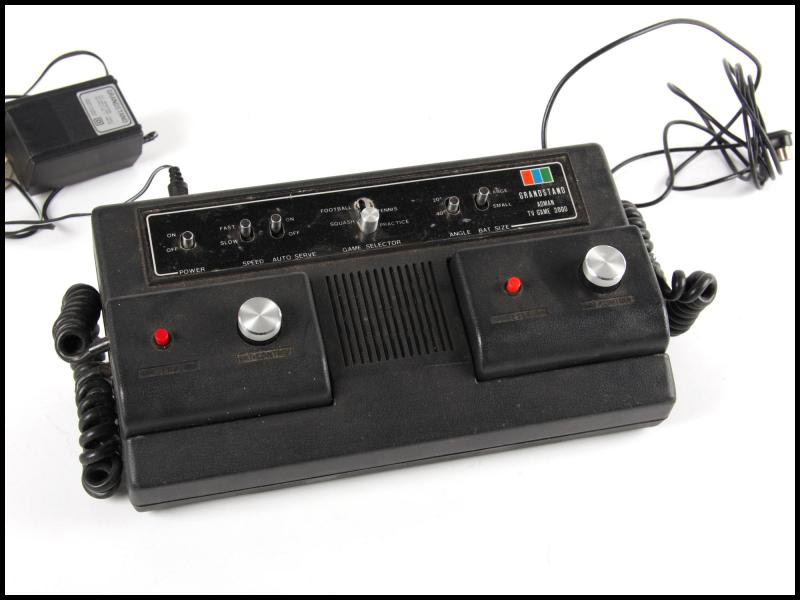 Following on from the Grandstand we had an Oric-1 which very few people have ever heard of, let alone remember. 16 colours! SIXTEEN! Count them! Seriously, count them, it’ll take you about 10 seconds. Hunchback was the main game I remember from this. The machine itself was basically the worst keyboard you can possibly think of. The buttons were the size of the keys you’d expect to find on a pixie’s keyboard. 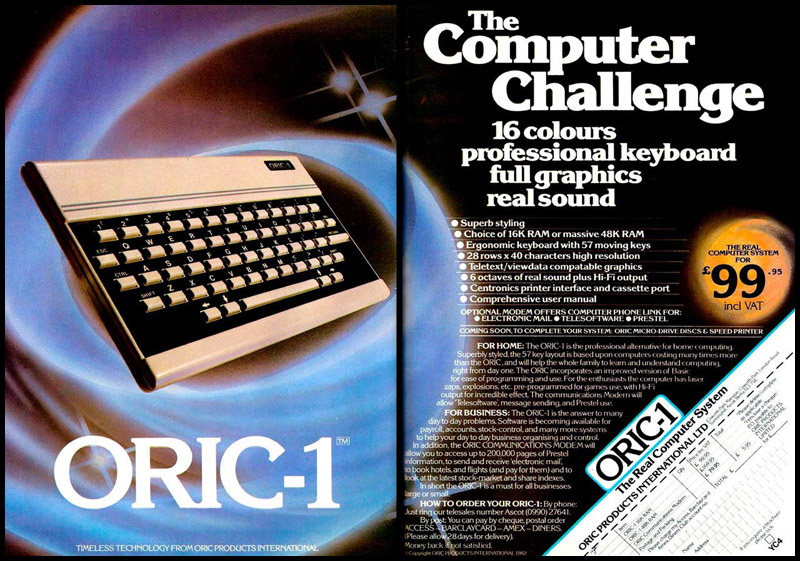 Special mention to the Tomy Tronic 3-D. This thing looked like the future. You held it up to your eyes. The one I had was a racing one. You saw your car and had to move it left and right to avoid the cars you were overtaking. Breath-taking stuff! 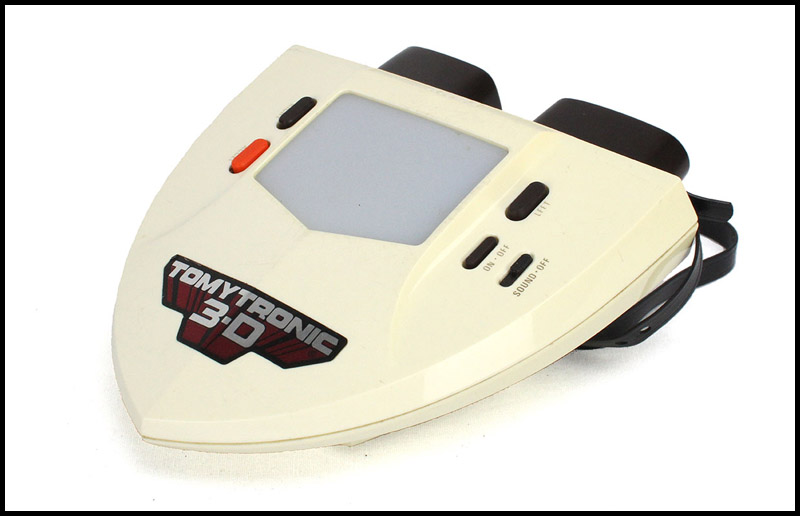 Now, obviously it has to really be something like Mario or Link given how many games of theirs I have played over the years, but I’ll plump for someone else given the easy nature of going for one of those two. I quite like the moody protagonists like Alan Wake and Ethan from Condemned, but I think on this occasion I’m going for the opposite of that and I’m picking The King of All Cosmos, purely for the fact he’s batshit insane. 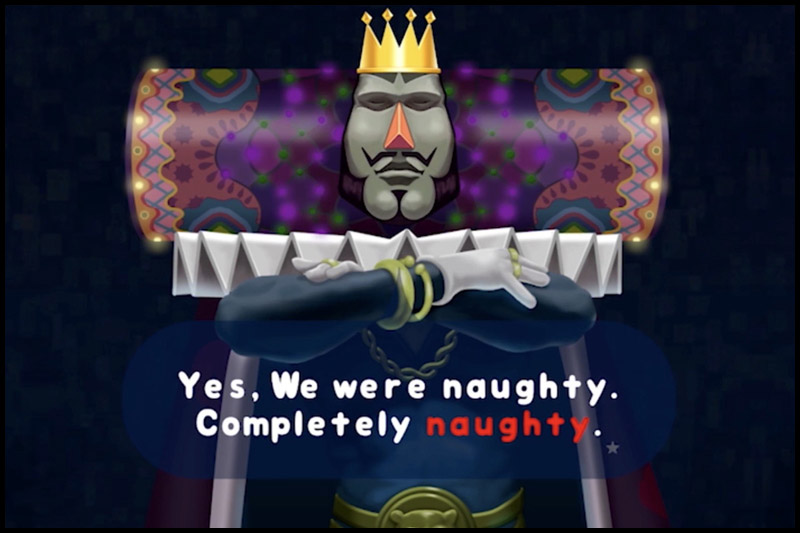 3. A Game That Is Underrated.

Mirror’s Edge! It’s garnered more praise since it’s initial release, but when it first came out people were not keen. Very little combat and very little gunplay definitely put people off it. I was a fan from day one and was highly anticipating it as it got closer to launch. I’m still a huge fan of it to this day! Everything about it was just super cool. The design of the characters, the cut scenes, and the overall aesthetic of the city was just perfectly done. 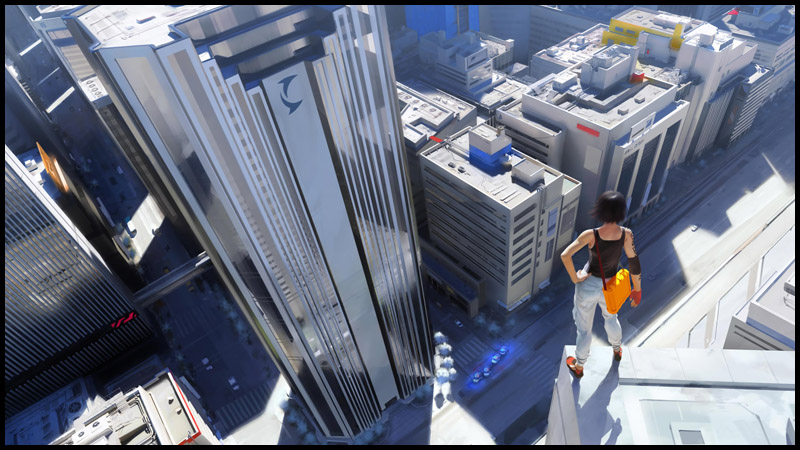 I think I’ve said before that I don’t really believe in “Guilty Pleasures”, and often when people are confronted with the question people answer things that absolutely have no guilt tied to them. “Oh, I love a cheeky game of Mario Kart”. That’s NOT a guilty pleasure. As I’ve heard Victoria Coren say about the matter, “My husband answers saying “I quite like to fuck a prostitute”.”

In this instance I guess we’re looking for a game I like playing that’s generally considered shitty. I think I’ll go for… Nope. Not gonna do it. I’m not ashamed of any game choice I’ve ever made, and I’ve played the Hannah Montana The Movie game for the achievements.

5. Game Character You Feel Most Like (Or Wish You Were).

This isn’t really an answer to the question, but a moment when I’ve felt like a game character happened not that long ago. There’s a bit in Heavy Rain when your kid goes missing and you go to the police station to report it and they ask you what he was wearing and you have to answer and generally you won’t know because a game has never asked you to pay that much attention before. Sol had a mufty day at school and after I sent him off to School Kate asked him what I’d put him in. Could I remember, could I fuck. I instantly flashed back to that bit in Heavy Rain. 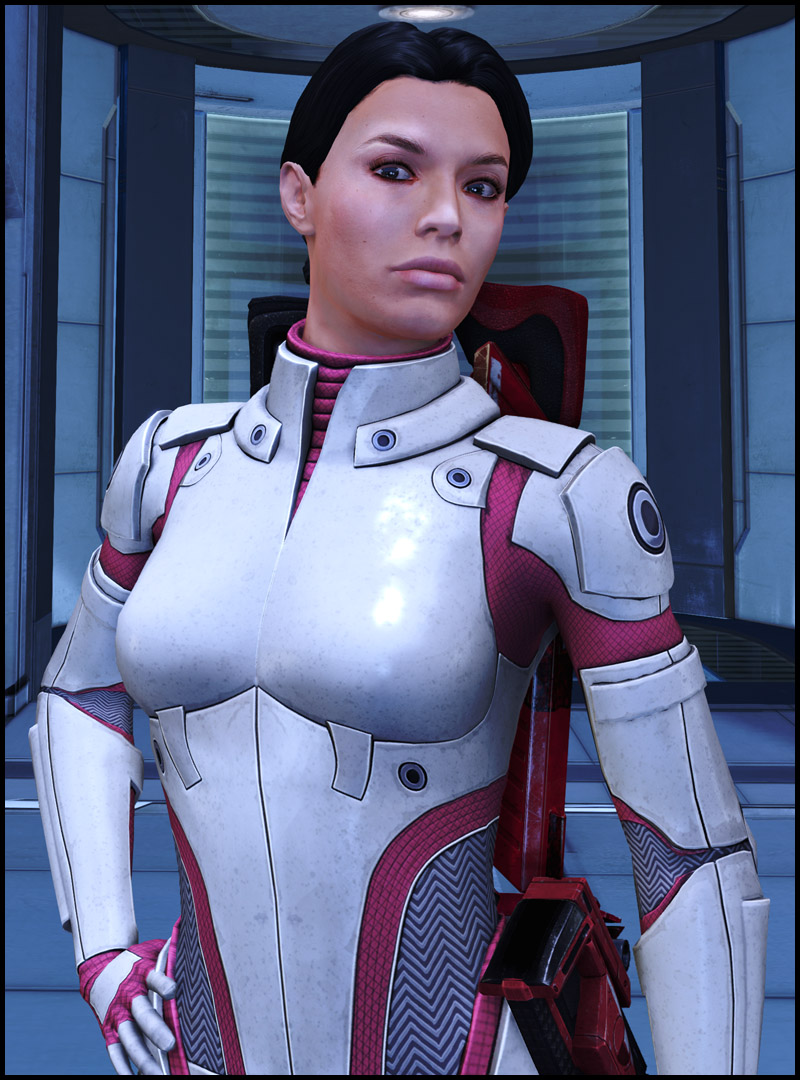 Now then, potential controversy because my fave game couple are not a couple. Also, they’re gonna feature a few times in this list I think. It’s Delilah and Henry from Firewatch. They never get together, however, they’re the only two real characters in the game and the rapport between them generated by the incredible voice acting really makes them the best duo I can think of. 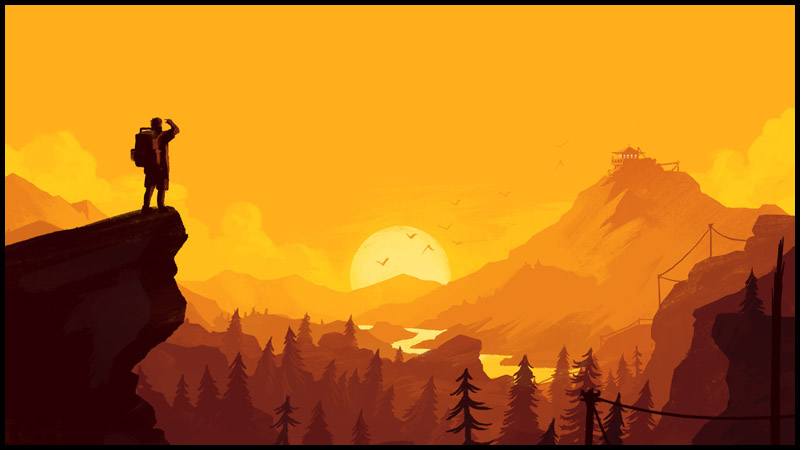 Now then, this isn’t going to be easy to decide on. I’m going to assume that they’re including scores and not just soundtracks. The two are different and should really have their own entries on the list. Anyway, to cut what could turn into the longest answer in history, I’m going to go for Hotline Miami. It’s a fantastic mix of synthwave and EDM that couldn’t fit the tone of the game any better! 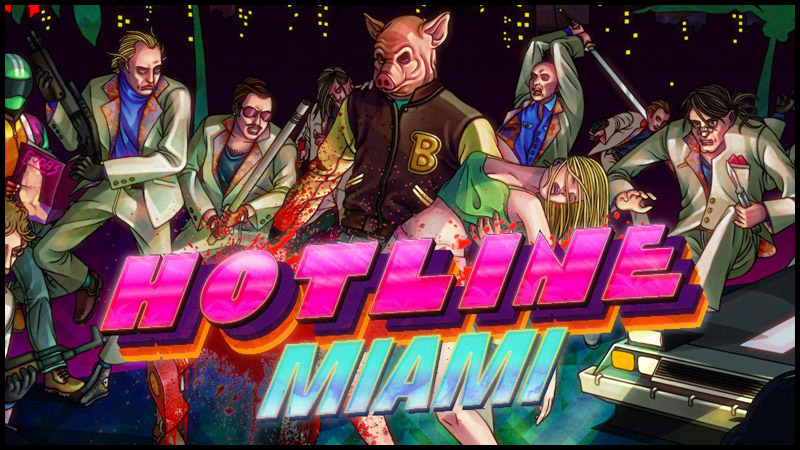 Here is my fave song off the soundtrack. It’s called Hydrogen and it’s by M.O.O.N!

I went through a spate of sad games a few years ago and regularly found myself crying my eyes out at some of the endings. The Bunker and Fragments of Him stick in my mind the most, however, nothing quite got me as much as the ending of Firewatch (And the opening of Firewatch for that matter). It’s an amazing game and I highly suggest you give it a go. It’s so wonderfully written and acted, it’s beautiful to look at and it’s something a little different. 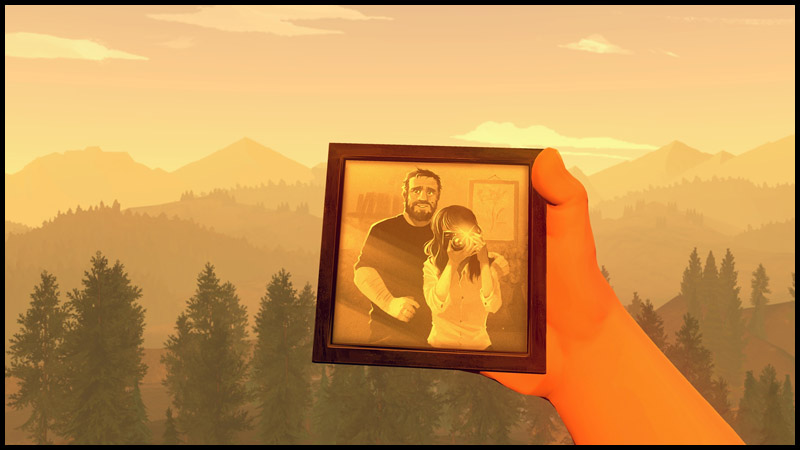 Best Gameplay is a bit broad for my liking so I’m going to go with best gameplay mechanic/mode. Best Gameplay would essentially be picking the best game, and just like doing that, it can totally depend on what you’re in the mood for playing. Best mechanic on the other hand is more of an answerable question.

I still think one of the best gameplay mechanics ever put into a game, that as far as I’m aware was introduced by Kane & Lynch, despite it being a terrible game, was the multiplayer mode Fragile Alliance. Fairly sure similar modes have popped up in other games since then, but they did it first. Fragile Alliance was a game where you and your friends or random online people, would go into a game and rob a bank or whatever, and try to get out with as much cash as possible. The money was split between everyone that escaped, however, at any point, anyone could turn against the group and try to kill the rest of the people to escape with all the money themselves. It made for some very fun, very frantic gameplay. Once someone had gone rogue, you could kill them without penalty, or you could also turn on your friends and try to team up with them. Really great little mode. 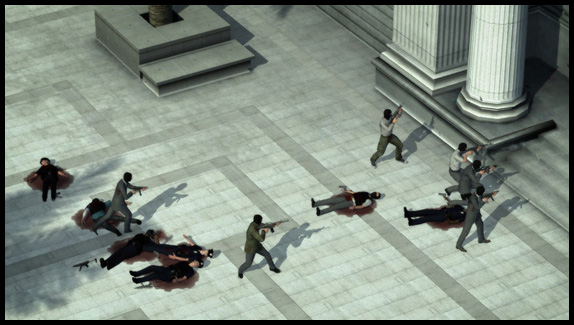 I alternate most between my PC and my XBox Series X. I use them far and away more than I use any other system. I like to play on the Switch and the PS4 also, but nowhere near as much. I’ve always been XBox and PC more than anything else. With Gamepass Ultimate nowadays, it’s a no-brainer as far as I’m concerned!

12. A Game Everyone Should Play.

I’m not sure that there is a game that is so universal in it’s appeal than Mario Kart. I’m a firm believer that the SNES version is still the best and by far the one that I’ve played the most, but if you can’t enjoy the latest Mario Kart, there’s something wrong with you if you ask me! 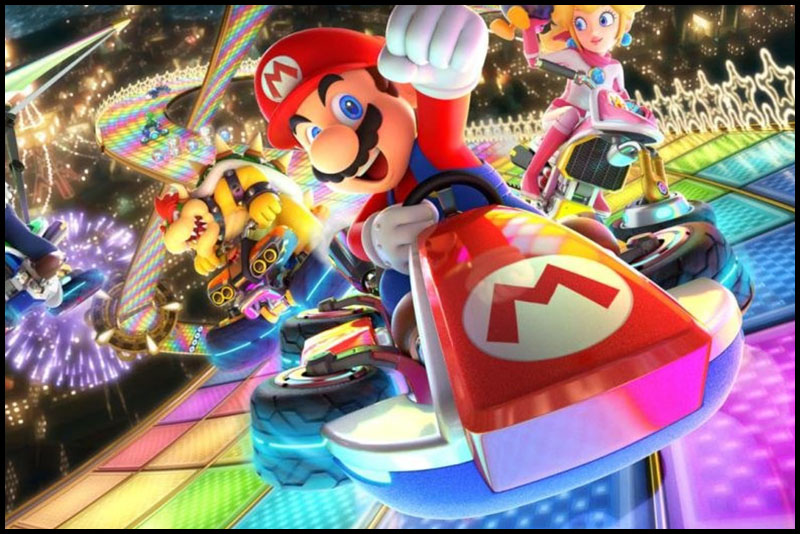 I think I’ve played this exactly 5 times as it happens. For some reason each instance of it had a separate achievement list so I played each version. The standard, the GOTY edition, the PC edition and the Remastered one. Oh, so I guess 4 times for the achievements and the last time for the pure fun of it since it’s such a fucking great game!

Firewatch getting another mention here. I love this wallpaper and use it frequently. The colours are gorgeous and it’s got a lovely peaceful vibe to it! 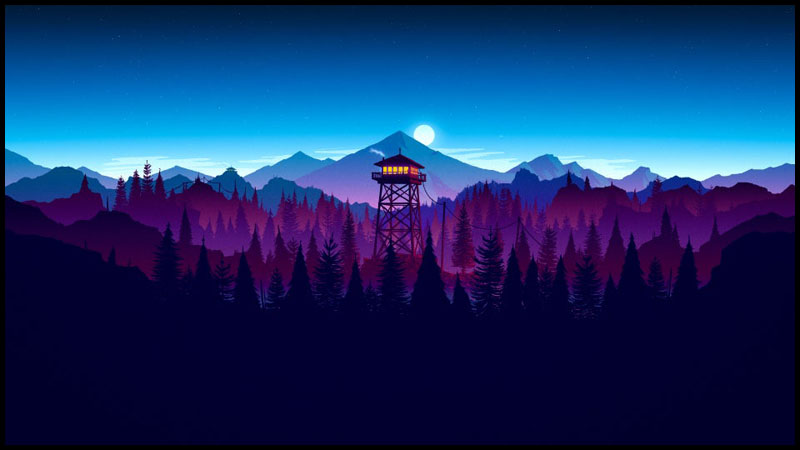 15. Post A Screenshot From A Game You’re Playing Right Now.

Here’s a screenshot from Resident Evil 8 since I still haven’t finished it. I know. Shut up. 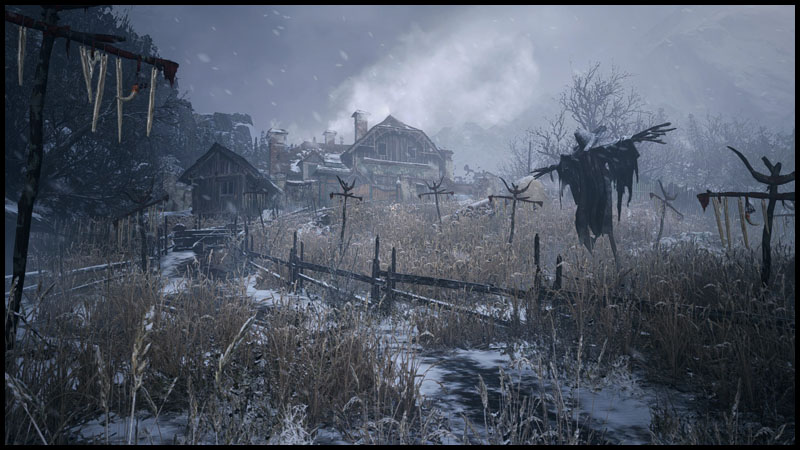 16. Game With The Best Cutscenes.

Need For Speed Most Wanted. Straight away I knew my answer for this. They’re just so batshit over the top with the acting that it makes them hilarious and amazing in equal amounts. Done with some of the worst green screen effects I think I’ve ever seen, you can find all 30 odd minutes of them below the picture! 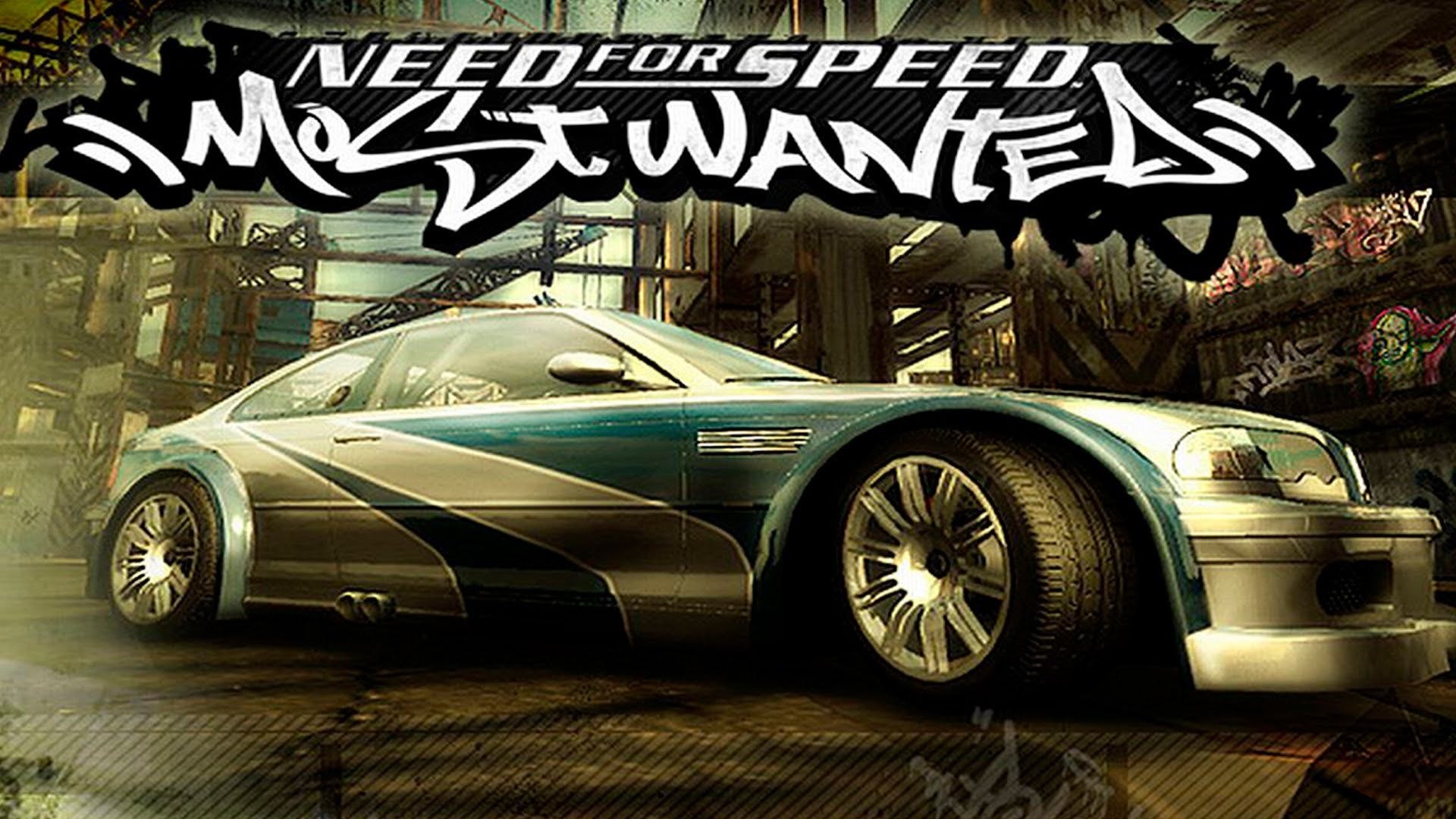 The one from the first Bioshock game. I’m not going to say his name as it’s a spoiler, but that game was incredible and handled so very well! Great gameplay, great twists, great setting. IT HAD IT ALL! 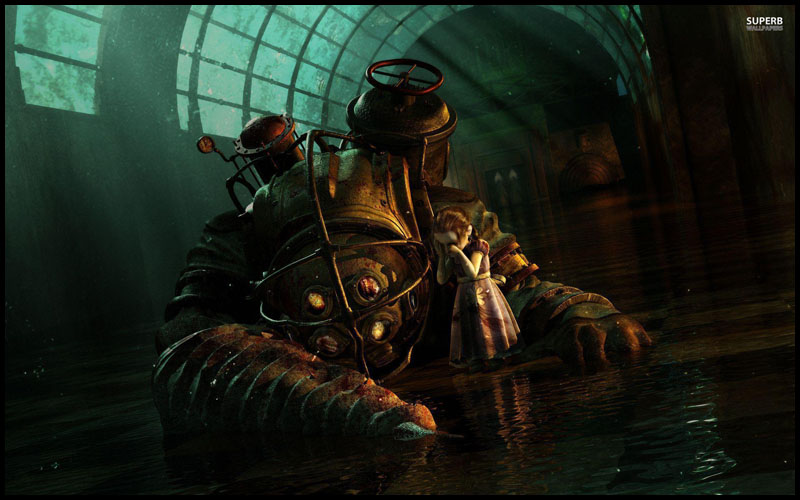 I don’t really know to be honest. I was tempted to go with Alan Wake but I don’t think that’s really my answer. He’s definitely up there. I feel like I’m overlooking someone though. Lara Croft would be another choice. She’s been a fucking great character across all the Tomb Raider games, especially the recent ones by Crystal Dynamics. I know that as soon as I finish this I’ll think of someone else, but fuck it, let’s go with those two! 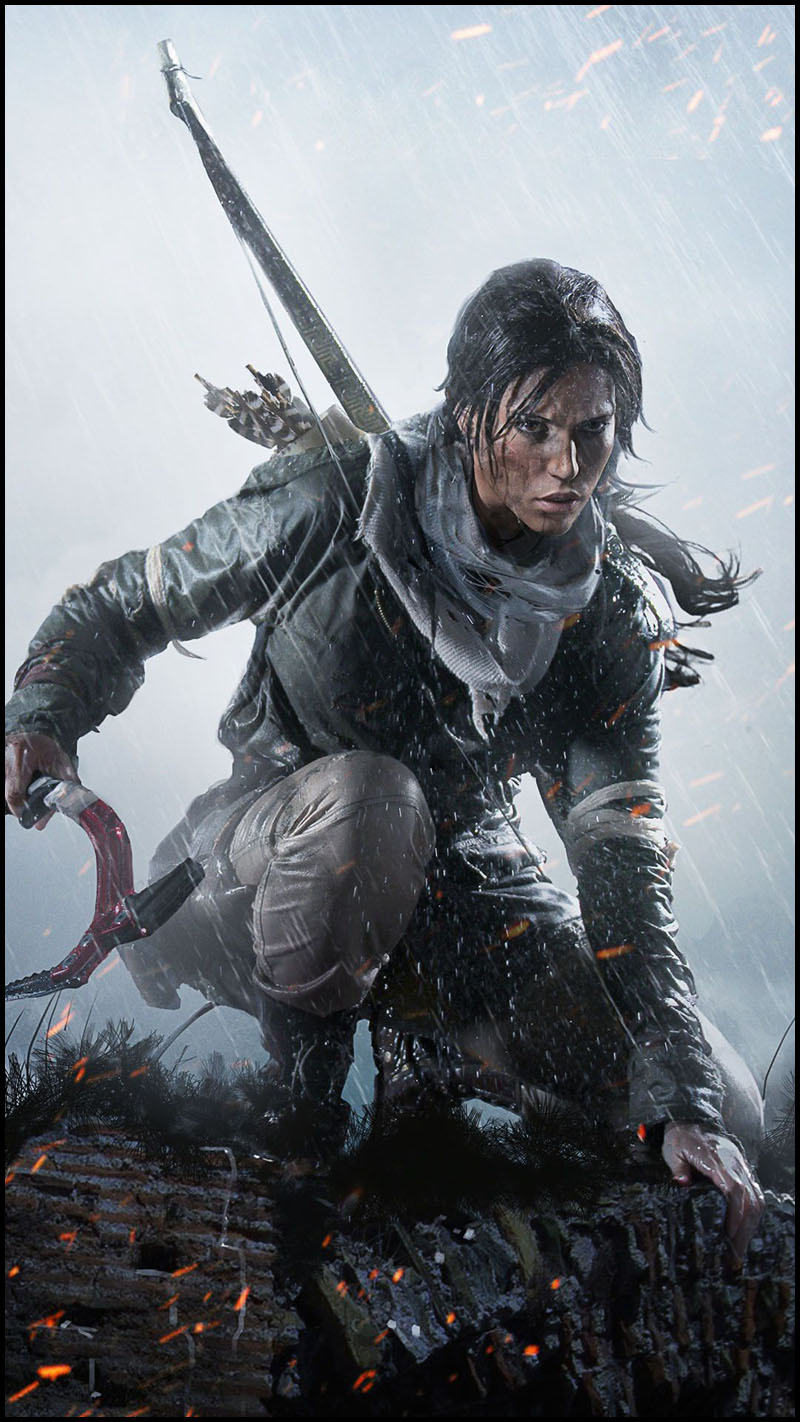 19. Picture Of A Game Setting You Wished You Lived In.

I mean… Rapture? But, you know, before it became a fucking hellscape. The world of Bioshock is so great, and it’s one of the best things about the game. It does seem very appealing as a place to live… before it turned to shit. 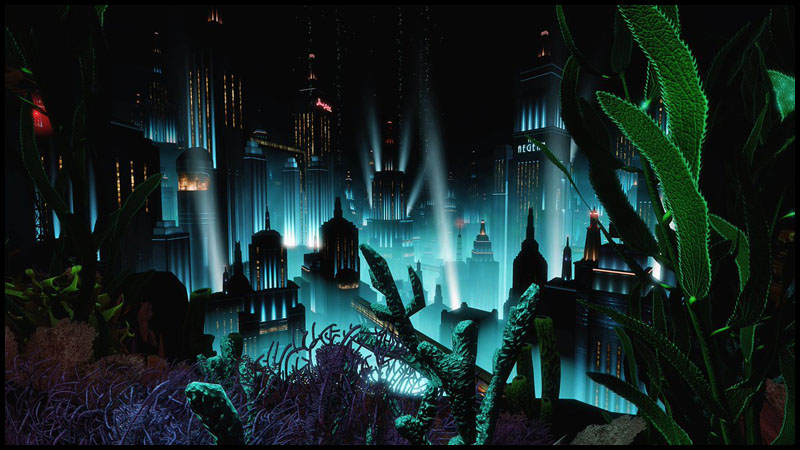 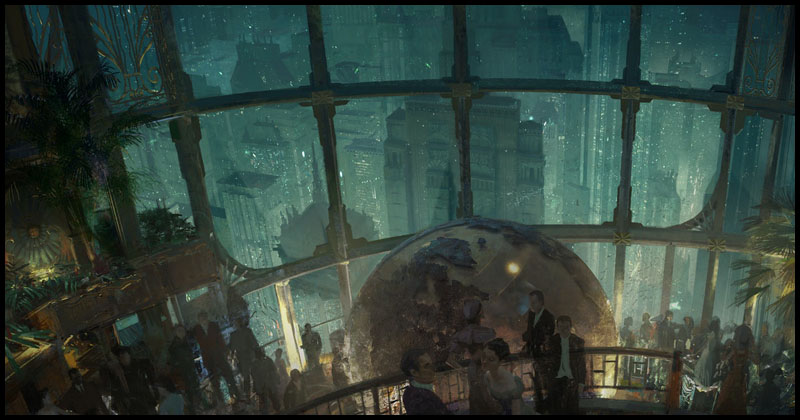 I think my overall fave genre will always be Real Time Strategy. I love a good puzzle game, I really enjoy platformers and shooters as well, but RTS always keeps me entertained. Command and Conquer is probably my favourite of the genre, and one of my favourite games of all time!

Dangerously close to picking Bioshock for another one. The story for the first Bioshock is pretty fucking great. What else… I really loved the story to Resident Evil 7, as well many other Resi games. Firewatch, obvs. I really, really loved the plot of Arkham Asylum, hence why I was willing to play it 5 times. Fuck it, Bioshock!

22. A Sequel That Disappointed You.

Well now. There’s been many over the years. I think recently, the one that I wasn’t very pleased with was the last Tomb Raider games. I thought that they messed with the formula too much. I like some of the stuff, but it felt way to open and not refined enough. Might just be me but It wasn’t up to the level of the prior 2 that Crystal Dynamics did.

Legend Of Zelda: A Link To The Past. All day, every day. Phenomenal game! Always been my fave Zelda, as well! 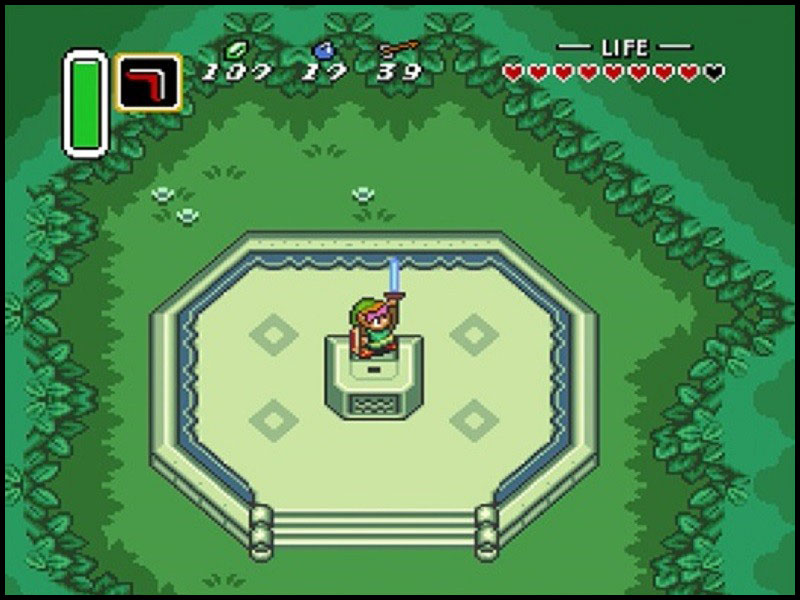 Erm. I keep meaning to play Assassin’s Creed Valhalla. So… that.

FIREWATCH! How many times do I need to say it!

There’s a bit in the second Condemned game where you’re in a log cabin type thing and then get attacked by a bear. Really nerve racking, comes from out of nowhere and is a very bright spot in an otherwise shitty game! There are plenty of others I could choose, but that one always sticks in my mind. 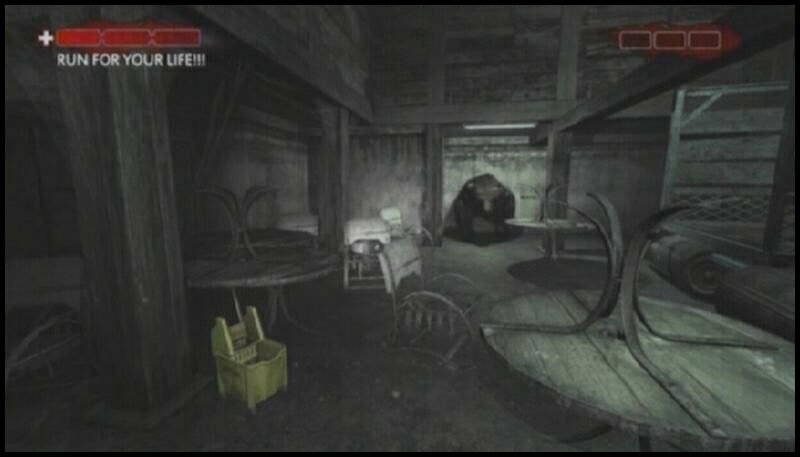 Nintendo. Why would it be anyone else. They’ve made more hits than anyone ever.

29. A Game You Were Surprised You Liked.

When Dead Space came out I didn’t even know what it was. I bought it knowing nothing about it other than it was a survival horror. I thought I’d like it, but I was surprised by how much I fucking loved it! Still a fave of mine to this day and can’t wait for it to be remastered soon! One of the finest sounding games ever, and one of the best survival horror games I’ve ever played. Possibly only bettered by it’s sequel. 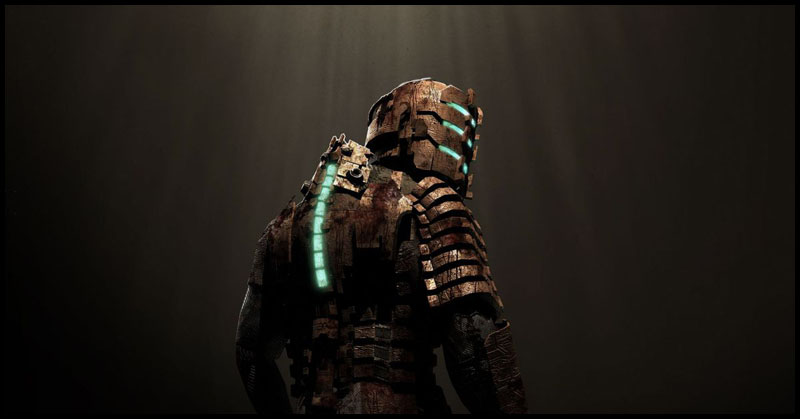