Number 60 on the list and we find Power Glove. Brilliant name, obviously, but sadly no Lucas Barton in sight. He loves the Power Glove. 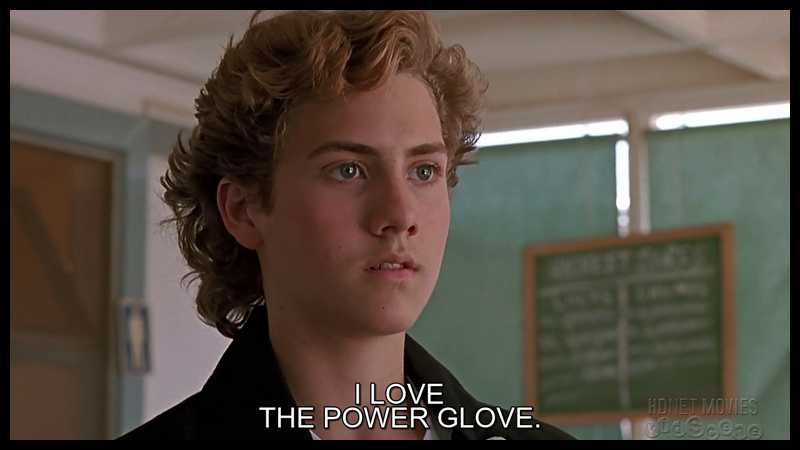 See, I wouldn’t lie to you. That joke was just for you, lovers of 1989s The Wizard with Fred Savage! Clutch is exactly my thing and continues this being very much the year for my love of electronic and synthwave music to storm my yearly chart. Taken from their album Playback, if you’re at all into synth or electronica, it’s made for you, it’s almost a love letter to the genre. Also a great song to exercise to. Try it, you won’t be disappointed.

The Winner Takes It All – Abba

Pretty good, innit. Do I need to talk about this again? We all know I think it’s perfect.

Cooler Than Me – Mike Posner

Just gonna copy and paste what I wrote last time! Other than that, I will mention this is last years 16! Belgium! << When I set these posts up, I first write all the songs in with the play numbers and the video embedding code, and then, I go back and write about the songs. Sometimes I put in little bits of text into this bit as I'm doing the first stage so I remember things I want to mention. Apparently I felt strongly enough about Belgium to leave it as a reminder for me. *scratches head*. I *think* that I was going to mention that the only country that apparently likes this song as much as I do is Belgium. It was the only country in which it was a number 1! I don't know why it never did better. It's a wonderful slice of electro pop! In my head the beat is very similar to a Gene Serene song that I love. Gene Serene have 4 monthly listeners on Spotify. I think we know why it's only me that seems to love it. Ha.

JADEN SMITH IS IN MY TOP 100 SONGS! This is great news for two reasons. 1, apparently I have branched out a little. I say that, but the only reason that this is in the list is because it’s from Into The Spider-Verse and I listened to that soundtrack a lot this year. 2, and this is the best, we can recap some of his best tweets. Let’s do it! Ok, so here’s one… “Dying is MainStream #MONEY”… I mean, sure, I’d have to agree, dying is mainstream. It’s not exactly niche is it. Everyone does it. Pooping is also mainstream. Let’s take a look at another belter… “umm who has the floss”… If you ever lose your floss, do like Jaden do and turn to Twitter. It’s clearly where you’ll find it. How about… “How Can Mirrors Be Real If Our Eyes Aren’t Real”… There’s a lot to unpack here. For starters, who puts a capital letter at the beginning of every word, but even putting that aside… Mirrors Are Real. Sorry, mirrors are real. I’ve got one. I can touch it. But then, even putting THAT aside… *touches his eyes* Yep, real. I get the feeling Jaden had watched The Matrix. “You Must Not Know Fashion”… Yep, don’t do it. Don’t know that fashion. David Bowie knew Fashion and look what happened to him! Heed Jaden’s inspirational advice! Lastly, “If A Book Store Never Runs Out Of A Certain Book, Dose That Mean That Nobody Reads It, Or Everybody Reads It”. The man has a point, if it never runs out of a book, clearly no one is buying it, but by the same argument, they don’t run out because they keep getting more. If only supply and demand existed in order to explain the situation. Also, “dose”! I wouldn’t have thought that Jaden Smith would also lead to one of the longest entries by me on this list, but there we go, we’re all learning.

Last years (& years) number 26, Years & Years also had last years number 15 or so with Sanctify. This is the… RETURN OF THE KING… Boom, LOTR jokes. Sanctify didn’t even make the top 100 this year. King is a sublime piece of writing, and it works perfectly acoustic. I don’t like the proper version anywhere near as much. Olly has an incredible voice and it’s so nice to hear it sound so vulnerable. Here’s something though, I always see them listed as Synthwave, and they’re not. They’re pop. Electro pop at a stretch.

Jesus. Just like Abba I think I’ve written about this song so many times I could fucking burst. I was thinking earlier about how I’d like next years chart to be 90% new entries. Doable but difficult. Especially when since my 2019 top 100 came out, I’ve largely just been listening to the playlist of them all. I say this every time, but this is still a great fucking music video, aside from them having the solo masked with the water sound for a little. It’s a great solo and should be heard!

The Night We Met – Lord Huron

Quite a few songs here that I’ve written about lots. This is an amazing piece of work. I think it helps to try, in your mind, to sever its relationship with the Netflix series 13 Reasons Why. Nothing wrong with that series, but it overused it. I’ve always loved how Ben doesn’t try to oversell this. If this was Lewis Capaldi, it’d be sung at the very edge of his range for like most of the song. Lewis likes to hit his growly voice as often as possible, and really it’s not needed. It’s almost the male equivalent of vocal gymnastics displayed by a lot of female vocalists. Ben nails this with great precision. The simplicity of the appregiated chords is sublime.

Oh man, this song. I need this guy to produce more music, because currently so little exists and I’m finding it fucking infuriating. This is an incredible song. The piano is perfect and understated. The beat, the way it’s used in that almost… distant way. Like it sounds further away than you expect it to sound. His voice and the overlay, just incredible. It’s so fucking well put together. You know when something is too nice and you want to crush it with your hands. I feel like that. Please listen to his work, he only has 25k monthly listeners.

😀 I mean, come on, it’s Crockett’s Theme by Jan Hammer! Never really worked out why I love this so much. Managed to pick up a copy of Jan’s TV album on vinyl this year, which made me very happy. If I had to take a guess, I love the synth of it all, and I think it’s the overlay of the electric guitar that they’ve almost managed to make sound like something off Pan Pipe Moods. The whole thing just works. Pan Pipes however, can fuck off.

I’m not talking about this. I think I made myself clear earlier.