Firstly, new year, new m… fuck off. I’m not changing who I am because it’s January again. Fuck off, also, to anyone who pressures you to be different just because it’s a new year. Be who you want to be, the person that makes you happy. If that means changing, change, if it doesn’t, don’t. Do it for you, not because society has to ask you what resolutions you made. If you did make resolutions, then I hope you picked sensible things that are achievable for you and that ultimately make you happier. Also, also, getting a new job or doing a thing isn’t a resolution, it’s a goal. Resolutions are things like “Being less of a cunt”. Things that require resolve. Doing a thing just requires getting off your ass. “Get off my ass more” is an acceptable resolution. It will help you achieve your goals!

I hope everyone had a nice Christmas. Mine was surprisingly ok. That’s all you’re going to get out of me on that front. It was good and I really can’t think of anything else to really say about it, so let’s move on!

I traded in my two iPad Minis this week just gone and got myself a lovely Microsoft Surface. You can see what I’m talking about below. It’s fucking lush. I don’t know how I’ve ever lived without it. Essentially a touchscreen laptop that runs a full Windows 10 setup. As it operates on a normal OS, it just runs like a normal computer. You don’t have to worry about putting your own media onto it or anything like that. It just works. The picture below says about the keyboard and pen being sold separately but I have them as well. The pen allows you to draw right onto the screen. That’s also amazing. If you’ve ever used an iPad Pro, then it’s largely like that. 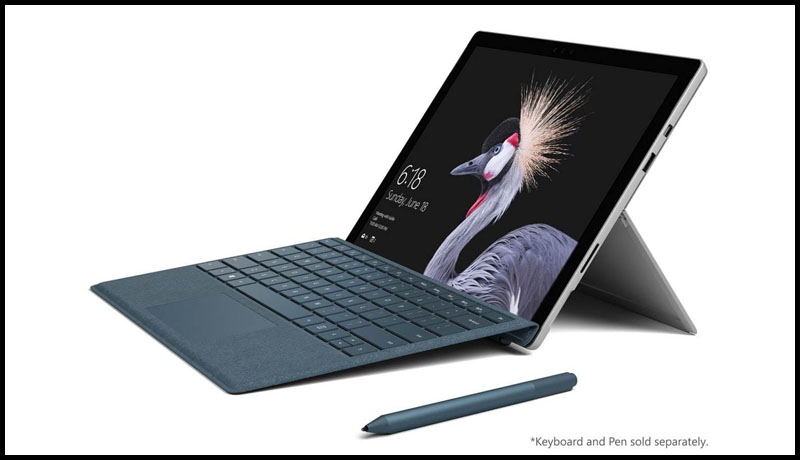 Thought I’d throw in a screenshot of the desktop. As you can see, just normal windows. Lush! I’ve also put Steam and Origin on it as I then have access to all my games, which is nice. Obviously, this isn’t going to run anything too powerful, but I can play all the Command & Conquer games and some Magic The Gathering, which makes me very happy! 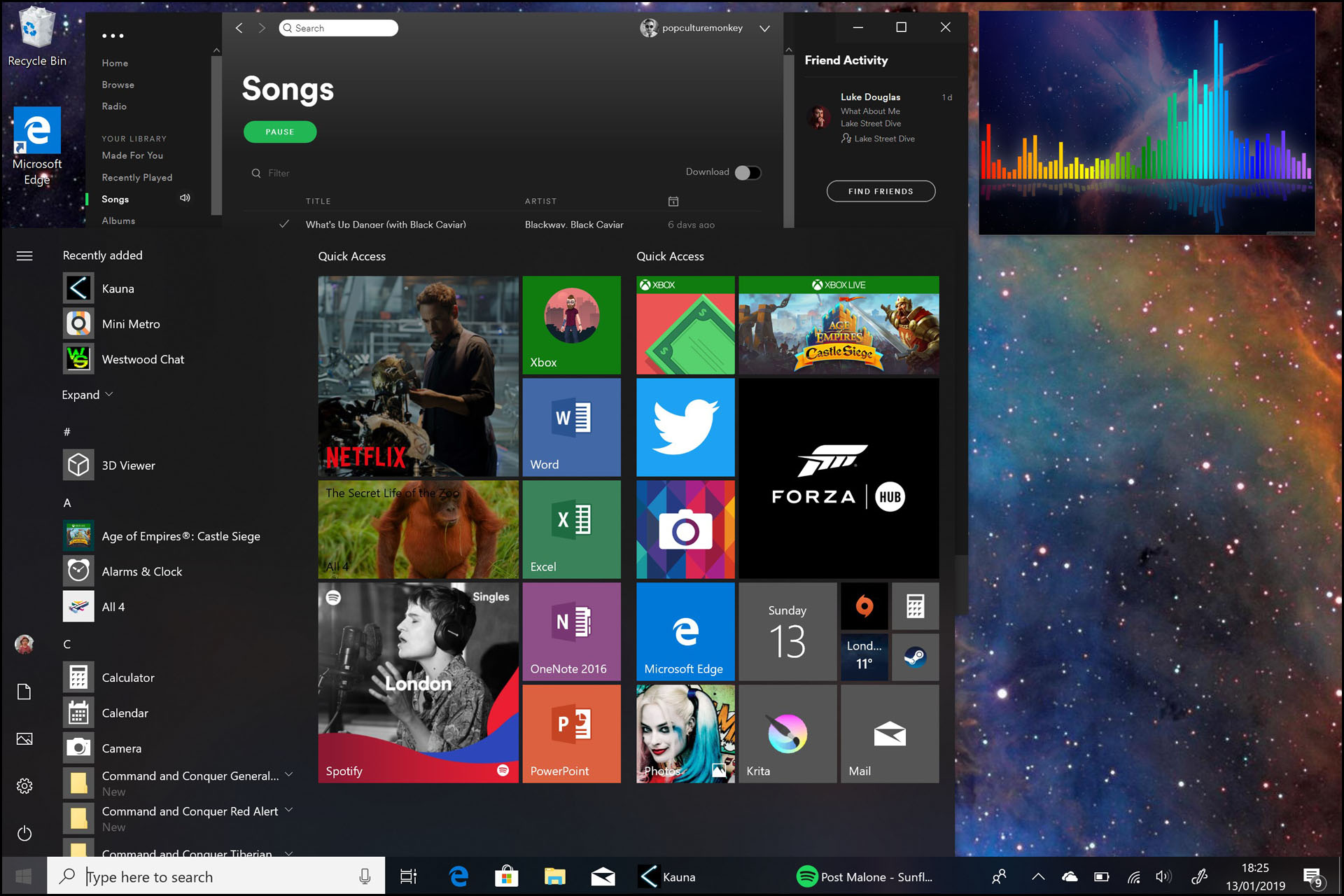 I also have the full Office suite on here so I can do any work I need to do! Did I mention that it’s lush?!

Other new stuff… I finally got to see Spider-Man: Into The Spider-Verse. It is fucking incredible. If you haven’t seen it yet, you really should whilst it’s still in cinemas. I’m excited for the 4K already. Everything about it is just so fun and colourful. It’s the best animation I’ve seen in ages. It’s not the best Spider-Man film, like a lot of people are saying however, as that accolade remains with Spider-Man 2 (2004), which turns 15 years old this year. Crikey. Obvs, as it has Spider-Gwen in it, I was probably going to love it anyway, BUT thankfully, it was just downright fucking awesome. 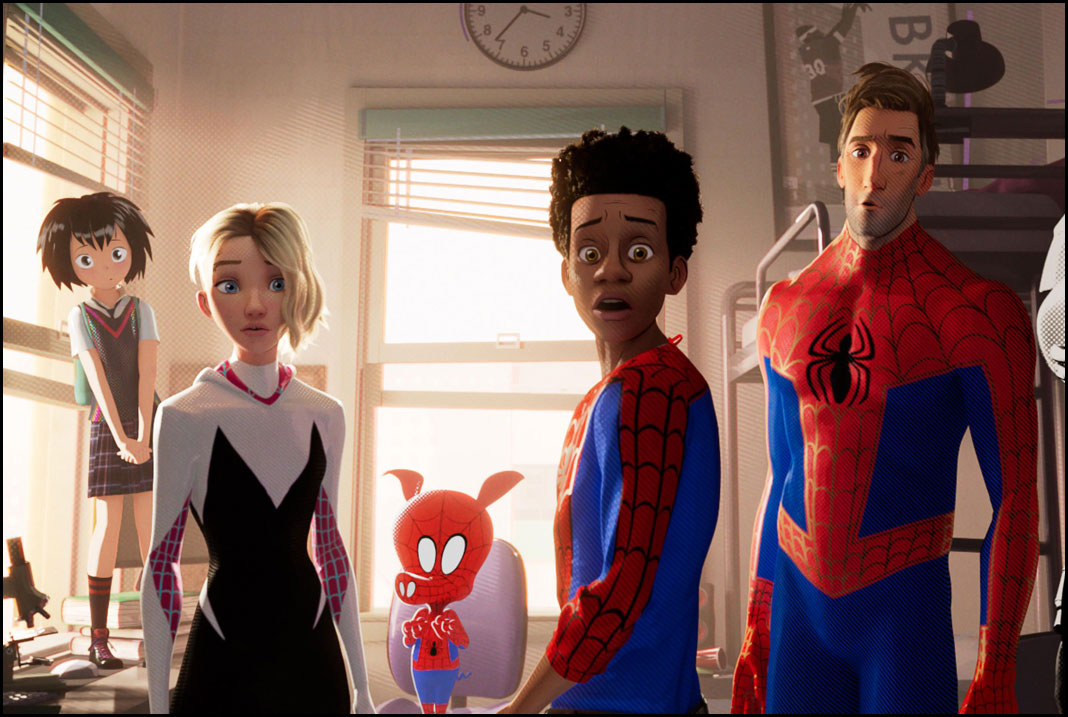 The soundtrack is well worth looking into as well, as it’s fucking incredible. Fits the tempo and style of the film perfectly. The film even made me like a song I formerly didn’t. That’s how fucking good it fucking is, you fucking fucks!

Right. Think we’ll leave it there for now. Don’t think I had anything else to add… If I did, I’ll just do another post! G’night, Chums!