A new post already. Chris must be bored. Bored enough to write in third person even. Actually, I’m not that bored, see, back in first person. 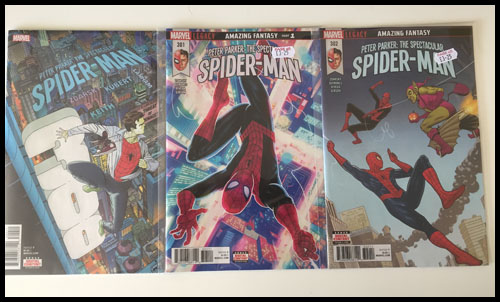 Also, in the same package, was 4 issues of Spider-Gwen to fill out the gaps in my collection! I have all of Volume 1 and most of Volume 2, but some issues still evade me. Some of my covers are variants. I’ll try and correct that at some point, but for now, let’s just get all the issues! 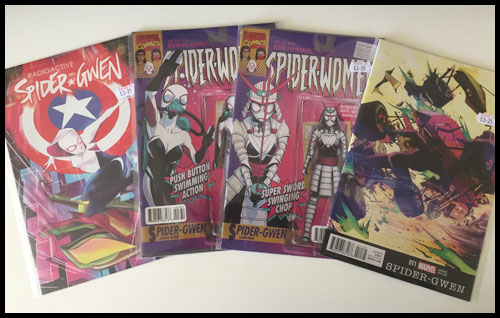 Thankfully my portable version of Photoshop runs perfectly well on here. I used it to add the borders on the pictures. Before we move on, we need to marvel (See what I did there) at how good that Peter Parker #301 is. I’ll put the full photo below. I just love how bright it is. You get a real sense of it. SPECTACULAR! Joe Quinones is stupidly good! 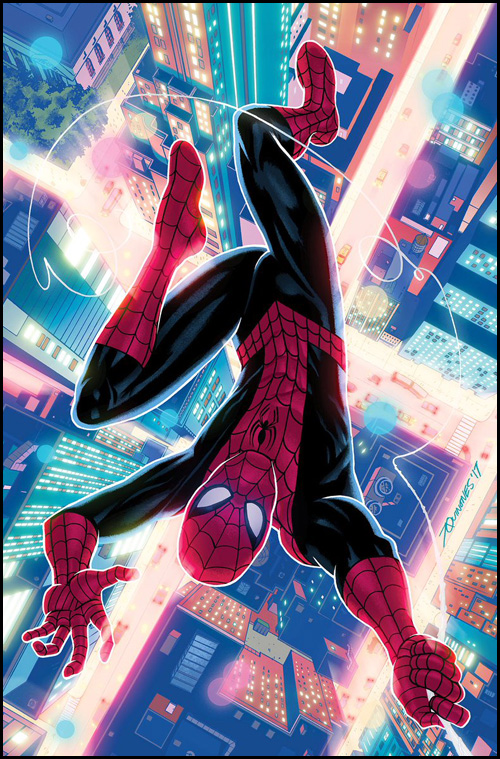 It’s probably a good idea at some point that I actually sit here and learn what everything does on this thing. I’ve got most of the front of house stuff down, it’s some of the behind the scenes stuff that I’ve got no idea about. I’m perfectly happy with this theme though. Having said that I might change the title image. It’s been the current one for ages now and I feel like a change on that front. Hmm. What to go with.

Before I forget, I’ve also updated the Midnight Music dedicated page available from the top menu. It shows all the songs that have ever been used for Midnight Music tracks. It’s also a good way to work out how many mistakes I’ve made when I said we haven’t had songs or bands before. (3 times). Right then. Time to crack on. I might even work on some of the other stuff I was talking about last night. Plus, I should really do something special for the 500th post! which I think, THINK is in 2 posts time. Laters.