What’s the future of the site now you’ve stopped the only regular feature?

The Nintendo Switch, mainly. Been playing plenty of Zelda, as that’s pretty much the only game available for it. Well, the only game that’s reasonably priced. I want Bomberman but I refuse to pay £50 for what’s essentially a 20 year old game. I don’t care that it now has a campaign mode, that’ll be shit. What I want is classic Bomberman action and I am not paying any more than £15 for it. Also, 1, 2, Switch is poop so I ain’t getting that either. My review of the Switch is basically very simple. It’s a nice machine, feels nice and the “Joy-Cons” aren’t too small which was my initial thought when I first saw it. 8/10 for the build of it. Zelda gets a solid 10/10. For the availability of other games, 3/10. The fact I can play Zelda whilst taking a shit is enough to justify the price in my eyes. 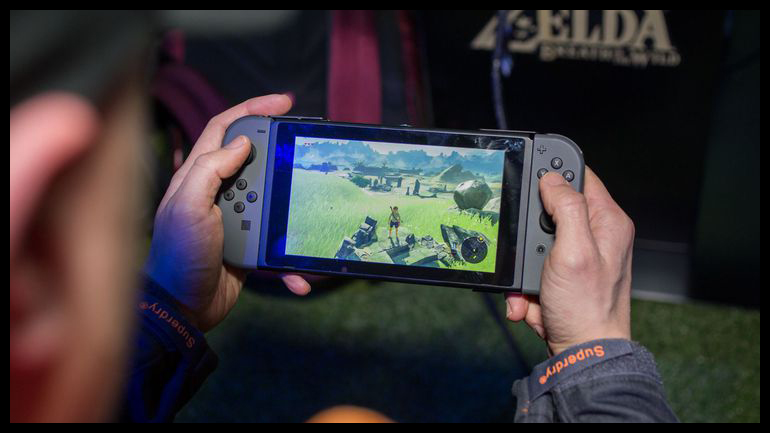 Normally I’d stick a picture in here to show the Switch, but for some reason I now lack the ability to perform such tasks. Wait. I have fixed it. Don’t know what happened there. All my other pictures are missing though. Hopefully they come back. They still show up on the site but they’re missing from the library. Anyway, where were we. Oh yeah, the Switch. It’s good but needs some fucking games!

Speaking of overly priced games, Lego City Undercover is coming to XBox One and PS4 next month for £50! FIFTY FUCKING POUNDS. It’s 4 fucking years old. Get a grip. £25 you’d have had a customer but no fucking way, Tt! I have seen it boxed for around the £40 mark, but even still, that’s too fucking much.

Nothing. I’ve lost my train of thought completely because of the picture thing not working

You have a train of thought?