Midnight Music is a daily post of a song that happens at midnight. It couldn’t be simpler. Today’s song is:

A fine Iron Maiden tune from 1995. I saw this performed on Top Of The Pops, that night they went insane and had Iron Maiden, Sepultura and other great rock bands on.

Hang on a minute! HANG ON ONE FUCKING MINUTE!

Let me just examine those lyrics for a second. Now, this song is based on the film Falling Down starring Michael Douglas. In it, a man who is getting increasingly frustrated with life has an emotional break whilst sat in a traffic jam and thus sets forth on a path of destruction. So, “The freeway is jammed and it’s backed up for miles”, yes, Iron Maiden, it was. “The car is an oven”, yes, Iron Maiden, it was. “Baking is wild”… is it? I don’t remember Michael Douglas doing much baking to be honest. I remember he complained about the difference between the burger you get in fast food restaurants compared to the ones in the pictures, but that’s about the only food based thing he did. He didn’t do any baking. If he had have done, it certainly wouldn’t have been “wild”. Baking isn’t wild. Unless you take loads of coke like Nigella does. Even then though, she keeps her composure during TV shows. I’ve not seen her slap a load of face paint on like she’s Gene Simmons from Kiss and go nuts. She should. In case you’re wondering, that would look like this. Simultaneously the best and worst thing I’ve ever photoshopped.

So anyway, here is the song, and a normal picture of Nigella. Just look at those cakes! 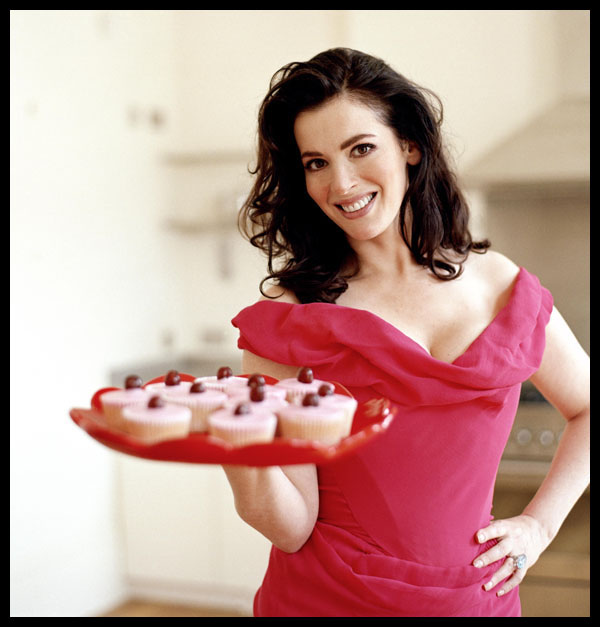