The first of a few lists I’m doing. I fucking love a good list. In this one we’re going to look at my top 10 female solo artists. I’m not going to do them in any particular order, as that would require way more thinking on my part. Here are my 10 fave female solo artists!

I will not refer to her as P!nk. I refuse. Alecia Moore as she is actually called released her debut in 2000 after leaving girl group ‘Choices’. Yeah, me neither. Can’t Take Me Home was a huge success and she’s still going strong today. Incredible voice, and great diversity of musical styles make her one of my faves.

I first got into Jewel when I was in a music shop and they had an offer on CDs. It was 2 for £10 and I had found 9 CDs that I wanted. Obviously, I didn’t want to miss out on the offer and set about finding another CD. I ended up picking up “Spirit” by Jewel. I had no idea who she was, what her music style was, anything, but she looked appealing. Helps to be attractive I guess. I literally judged it on the cover. She looked nice, and like she could sing. That was 17 years ago. I still listen to her all the time. She lost me a little when she released the album 0304 in 2003.

You’d have to listen to it to get what I’m on about, but I really didn’t like the change is style. The best way I can explain it is that she went from having songs called “Who Will Save Your Soul”, “Foolish Games”, and “You Were Meant For Me” to titles such as “U + Me = Love”, “Run 2 U” and “2 Find U”. I guess she, or the record company, were looking to market her to an audience she hadn’t captured before but that wasn’t the way to do it. Weirdly, she already knew how to write and sing a good pop song, as evidenced by “Standing Still” from the 2001 album “This Way”, but I guess they felt she needed to seem more pop than before. 0304 wasn’t panned by critics or anything, it did pretty well. But I don’t think you need to go looking for an audience when you’ve sold 27 million albums. She did go back to her usual sound after that but it’s the early Jewel I’m putting on this list. The one that produced “Pieces Of You”, “Spirit” and “This Way”.

Grrr, I wasn’t expecting to write this much about each person. I shall stop waffling.

Also, actually, whilst we’re on Jewel… This is a fave of mine… I think it’s the bit at 4:02 when she hits that note and they show the girl’s face in the audience. Amazing. Also! The people that didn’t realise that she was Karen after she’d come back out as Jewel. Like they thought it was a coincidence a woman showed up and sung Jewel songs… PERFECTLY… and then Jewel just happened to show up! Like someone had put out the Jewel Signal and she just ran down. Bloody idiots.

I think everyone knows how much I love Birdy by now, right? So I can just move on? Ace. Ha. She is pretty fucking amazing though. For those who don’t know, she released her first album in 2011, when she was FIFTEEN! I don’t know about you, but by the time I was 15 all I’d accomplished was completing a lot of video games and a lot of masturbation. The album, Birdy, was largely a collection of covers, including Skinny Love, originally by Bon Iver which was her big break. After that she released “Fire Within” in 2013 and “Beautiful Lies” earlier this year.

Her real name, by the way, is Jasmine Lucilla Elizabeth Jennifer van den Bogaerde. Try committing that to memory. If that was my name, I’d come up with a one word nickname also! Below, you’ll notice that I’ve posted the same song twice! This is clearly the best time ever for a debate on the benefits of stripped down acoustic over full orchestration. I personally think the song was missing something in it’s original form, the first video, and that stripping it back and allowing her voice to be the main attraction brought the emotion back, which was possibly the missing ingredient. What does yo’ think?!

Again, my love for Sia is not an unknown. Actually, I’m glad I put Sia after Birdy because I think that Birdy has a shade of Sia to her. Listen to Birdy’s ‘Give Up’ and see what you think! Anyway, Sia is ace. I’ve been a fan since the days of her being a drug fuelled alcoholic. Ahh, them were the days! She was essentially the lead singer of Zero 7, who are amazing and you should listen to, but she didn’t sing on all their stuff. In 2000 she released her debut solo single “Taken For Granted” which I shall put below. She was moderately famous until her song “Breathe Me” was used in the final ever episode of Six Feet Under, after which, her fame grew, especially in America. It’s been used in loads of TV shows since. Jump forward a few years and you get the Sia we know and love today. Whilst many people think that she’s a relatively new artist, the album she released this year, “This Is Acting”, is actually her 7th studio album. Also, she writes songs for everyone ever, a fact which is not that much of a secret.

I don’t have an awful lot to say about Lorde to be honest. I don’t know a huge amount about her, something I’ll remedy one day as I love learning about people, but for now I’ll just say that she’s superb. Looking forward to more work from her. I think it’s her simplicity that I love.

I grew up listening to my mum sing along to Whitney Houston. She has one of the best voices ever to grace us (Whitney, not my mum) and her death was a sad loss. It doesn’t matter that she hadn’t produced anything worth listening to in some time when she passed away, she’d given us enough to last more than a few lifetimes. I’ve spoken before on how good I think she is, and the fact I think she produced the best pop song ever. You can find that post, HERE!

Stop the press, I just went and bought new sunglasses. And people try and tell me I’m easily distracted! Here’s a picture of them. OMG! A selfie with an actual purpose. I’m so meta! 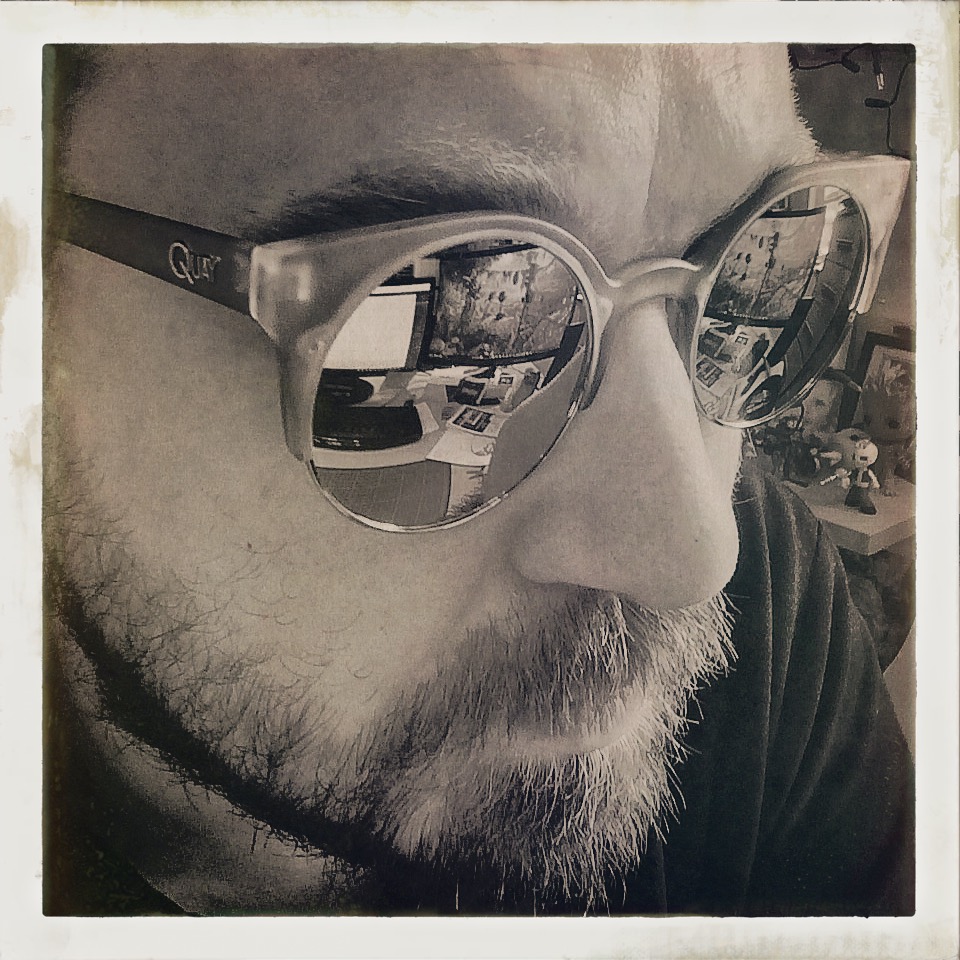 I feel like Night Owl. (From Watchmen). Anyway, where the bloody hell were we? Oh yes…

Missy Higgins is from Australia and I couldn’t even tell you when I first heard her. All I remember is that the first song I heard was “The Special Two”. Probably on a TV show. *thinks* Nope. Not sure. Anyway, that was back in 2005, when The Sound Of White was released, her debut album. It’s a belter. Some singers lose their accent when they sing but Missy has a talent of letting hers shine through and it’s beautiful. Her follow up album, On A Clear Night was also very good and produced the single Where I Stood which is fantastic. She’s since had 2 more albums, both of which were good, but fell short of earlier work, although the latter of the two was definitely heading back in the right direction.

Madonna, much like Kylie, who we’ll get to later, has been a fave of mine forever. Having grown up in the 80s Madonna was THE Queen of Pop. My love for her is huge, mostly because I feel like she’s always been there with me. Her style changed as I got older and it’s always fit with what’s current. She’s remarkably adaptable and one of the biggest trend setters ever to live. Icon gets thrown around a little too easily, but with her, it’s the best word to use. Still capable of producing brilliant music today, it’s an impressive career. With Prince and Michael Jackson now sadly passed, for me, she’s the last remaining member of the 80s Pop Royal Family.

I don’t think I’ve been more upset about the passing of a musician as I was about Amy. Losing someone at such a young age, 27, is a tragedy. I don’t think we’d even scratched the surface of her musical talent and we’ll never really know what she was fully capable of. For me, Back To Black, from 2006 is an amazing album, and certainly doesn’t feel 10 years old. The title track in particular is one of the finest songs ever written. I miss you, Amy.

Kylie! As I mentioned earlier when speaking about Madonna, Kylie has been a fave of mine forever. Much of what I said about Madonna stands up here as well. She’s adapted as I’ve grown up listening to her. If you can get hold of it, I suggest listening to the Rhythm Of Love album as it’s just one of the best examples of what pop should be. Released in 1990 it’s a real jewel in the crown for powerhouse of songwriters that was Stock, Aitken and Waterman. Kylie is just too lovely and funny to dislike, and can’t ever understand it when people do despise her. She’s fucking Kylie!

Fuck you if you noticed that there were 11 in my list.