I do enjoy it when journalists manage to fuck up something that should have been simple. Today’s example comes courtesy of The Independent. 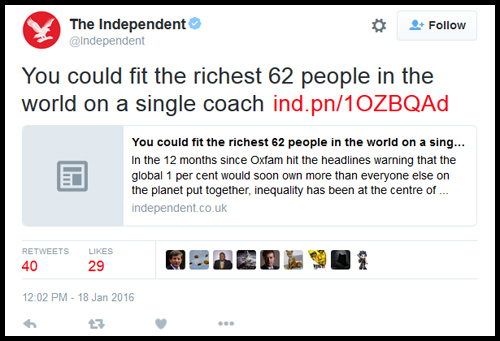 Now, all they’ve pointed out with that headline is that 62 people fit on a bus. The fact that they are the richest 62 is pointless. The point is that they have as much money as half the world, which isn’t represented. The 62 poorest people would fit on a bus. The top 2 would fit in a two man canoe. The top 1 could happily fit on a unicycle.

It didn’t get much better for them once you clicked to go to the website and read the whole story. They did eventually convey the info they needed but they started with a diagram that again, only let me know how many people fit in different forms of transportation. 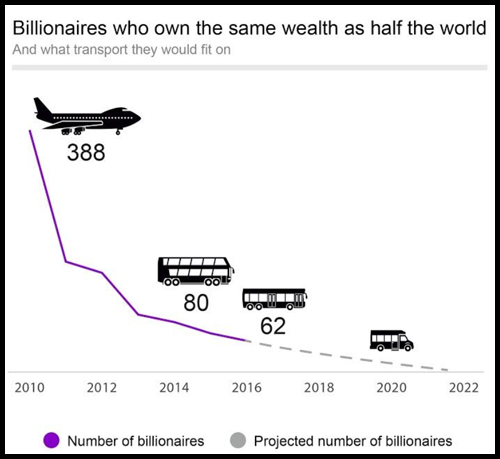 The transport, again is irrelevant. At least this time they’ve included what the story is about.

Thanks, journalists at The Independent.