I was on x360a.org the other evening when I came across their review for Dead Island: Riptide. Generally speaking, if you enjoyed the first Dead Island, you’ll get enough fun out of Riptide to make it worth your time. As I was scrolling through the review it was clear that the reviewer didn’t really like the game, despite having found the first one fun, which is fair enough, everyone is entitled to their opinion. Then however, I got to the score at the bottom. It’s split up into sections and then an overall score is given out of 100. 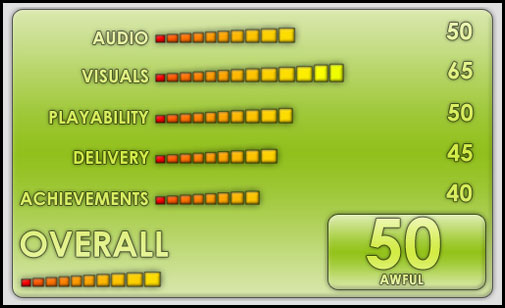 So, which is it? Is it 50 out of 100 or is it awful. Surely, 50 out of 100 is average, isn’t it? An average game isn’t really a bad game, it’s just not a good game. Maybe one that didn’t really live up to it’s potential and fell short of being good. The first thing my dictionary says about the word ‘awful’ is ‘extremely bad’. If your child had got 50 out of 100 on a test, would you tell him he’d done ‘extremely bad’. No, you’d probably say “Well, you’ve not done badly, but you could have done better”. Maybe you’d go so far as to say they’d done averagely.

Having read that review I thought I’d look at a couple of others on the site to compare. Here is one for Bionicle Heroes. 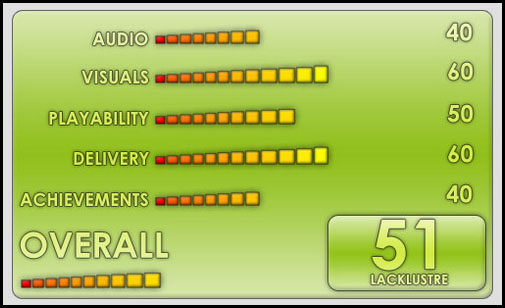 51 out of a 100 which has been given the ‘lacklustre’ tag. Over to you, Dictionary. “lacking force, brilliance, or vitality”, so ‘not bad, but not good’. That 1 extra point seems to have jumped it from “Extremely bad” all the way up to “not good”. Christ. What are they ever going to do if they get something that’s “not that bad”, they’ve left themselves no scores to dish out.

As I was looking I also saw this: 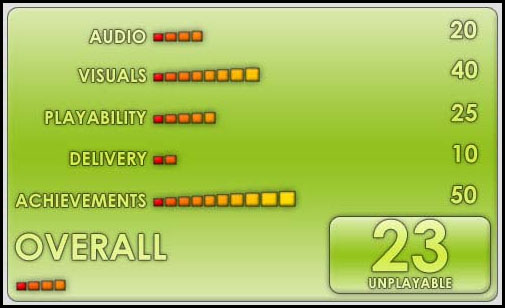 Which is odd, since the review states that they played it all the way to the end. Possibly the world’s first unplayable playable game! Idiots.

Is ‘poor’ worse than ‘awful’? What the hell.